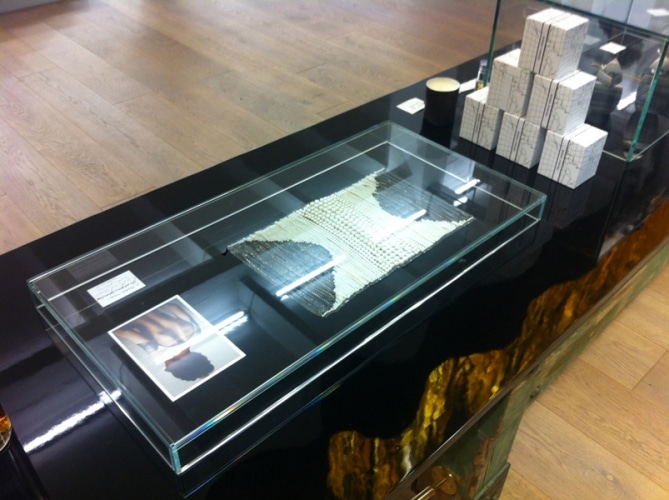 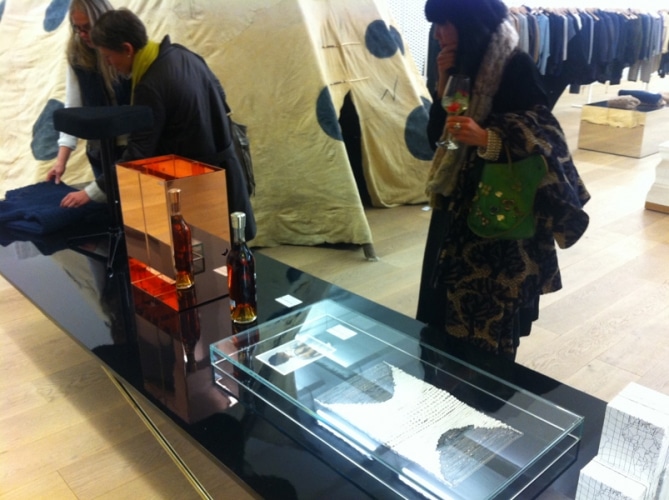 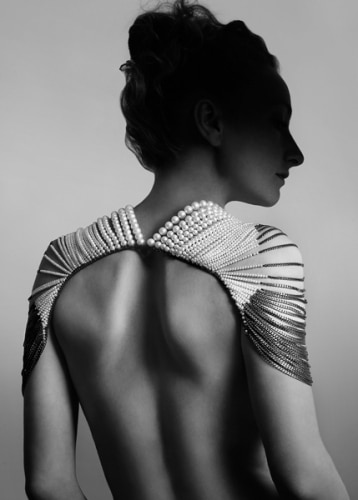 Melanie Georgacopoulos exhibiting at the Andreas Murkudis store in Berlin for ‘Le Cabinet de Curiosités’ de Thomas Erber – 3rd edition. Each year Thomas Erber invites 30 top artists and designers to create a unique piece for ” Le Cabinet de Curiosités”. After a first edition at Colette in Paris and a second at Browns in London, the CdC is hosted this year by one of the coolest stores in Berlin, Andreas Murkudis.

For Le Cabinet de Curiosités de Thomas Erber, Melanie Georgacopoulos has chosen to produce just one statement piece the “Cascade of Pearls”. Using the idea of drapery in jewelry, Melanie has woven together a series of cascading pearls that diminish in ratio as they slowly wrap down past the wearer’s shoulders. A contrast between hardened silver metal and this series of hand-sculpted pearls is designed to be worn against the skin. Sensuality abounds in this one-off piece of extravagant, elegance.